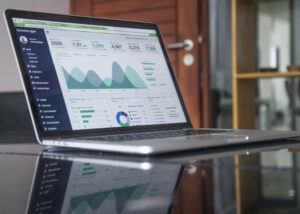 The online marketplace as it is today is an ever-evolving creature. With many entrepreneurs seeking their fortunes, commercial innovation is a must. While many online businesses have implemented systems and strategies across a wide variety of markets, the prevalence of affiliate marketing has taken many platforms by storm. This article will provide you with a myriad of examples of affiliate marketing strategies that you can apply to your own business and help you to understand them.

Advertising via Affiliates in an Online Market

The idea behind affiliate marketing is performance-based earnings in return for advertising. At the simplest level, this would be a deal between a merchant and an affiliate. A merchant is a group seeking advertising, while the affiliate is the one providing it via their site.

Today, this system has expanded into an intermediary relationship between the two called an affiliate network. The network acts as a middle-man which gives merchants access to a large number of affiliates, and which gives affiliates access to the technology and infrastructure required to facilitate their advertising. Merchants pay a fee to a network, and sometimes take a small share of the revenue for each item sold via their affiliates.

The affiliates are paid based on how many clicks they get on the advertisements that appear on their site or based on revenue share. Social media contains a plethora of examples of affiliate marketing strategies that influencers and content creators use.

Most often, an influencer will create some kind of post on a topic. They then will have a link in the description or caption of the post that leads to a merchant’s site. Whenever someone clicks on this link, the click is tracked, and the influencer receives compensation for it. This, in a nutshell, is how affiliate marketing works.

The History of Online Marketing

To understand affiliate marketing, it is important first to understand the circumstances in which it came about. The online marketplace has been alive since the mid-nineties, with even today’s giants like Amazon starting in 1996.

Amazon’s system gave commissions to its affiliates for each click on an affiliated Amazon link that their site had. As is obvious by Amazon’s dominance today, this was a successful program. From there, the market continued to grow into the mid-2000s, in particular via file sharing sites and retail sales industries.

One of the major examples of affiliate marketing strategies was based around “Web 2.0.” Communication between advertisers and affiliates was at an all-time high.

This allowed specialized sites like blogs and independently owned websites that have lower amounts of traffic to use highly targeted advertisements which specifically were of interest to the sort of people who would view each site.

For example, a blog about cooking may only receive one-tenth of the traffic of a site like YouTube, but advertisements on that cooking blog could easily be specialized to appeal to their specific cooking-interested readers.

Systems of Compensation for Affiliates

An affiliate taking part in a partnership with a merchant or network can be compensated in a few different ways. The most common way to be compensated is a pay per sale (PPS) system where an affiliate is rewarded based on the number of sales that are initiated via a link on their site.

This is the overwhelming majority of affiliate set-ups today, at about eighty percent of affiliate programs using PPS systems. In the past, cost per click (CPC) was also common; however, it was easily abused and fell out of common usage.

Cost per click systems give a commission to the affiliate based on how many times the link is clicked on, regardless of sales actually made. This meant that the affiliate could easily use auto-clicking technology to flood the link with clicks that all would never result in any actual sales or advertising for the merchant. Only about 1% of affiliate programs use a CPC system today.

Other systems include cost per mile (CPM) and cost per action (CPA.) CPM is a fixed rate based on the estimated number of people viewing the site. The idea is that for every 1000 viewers, the affiliate gets a commission. CPA is similar to CPC, except that instead of using clicks as a metric of compensation, it uses things like signing up for a newsletter or an account registration.

Both CPC and CPM have all but fallen out of use, but CPA has been gaining some traction in the affiliate marketing world, making up about 19% of programs today.

Examples of Affiliate Marketing Strategies and their Appeal

The dominance of affiliate marketing comes out of the appeal it brings for both merchants and affiliates. Because of the performance-based compensation systems, merchants only are paying for advertising that actually leads to profits.

Even if a large company like Amazon were to take on hundreds of tiny affiliates, each affiliate is, in a sense, pulling their own weight. This makes for wide-reaching advertising across thousands and thousands of sites, all of which are paid based on the sales they themselves are making.

On the other hand, affiliates like this system because it is fairly low-effort and easily accessible. As opposed to a traditional advertisement, which may be a 30-second skit or some kind of product placement, affiliate marketing simply requires a link and perhaps an encouragement of the audience to look at the link.

Making use of networks, affiliates have an ever-easier time finding affiliate programs to partner with, and they often can interweave their own marketing with their affiliate marketing programs easily.

Sites like YouTube run affiliate advertisements through the Google AdSense system, which itself uses algorithms to target specific ads towards the viewer.

Many YouTubers make and use Google AdSense accounts to place advertisements that they profit off of on their channel. Recently though, the rise of ad-blocking software has led to less profitability through AdSense, and now affiliate marketing with specific brands has become more popular, essentially creating a sponsorship system.

Many companies have seen the power of affiliate marketing, and in response to it, have set up their own affiliate programs. Rather than working through a middle-man network, many larger companies have created in-house networks.

For example, Amazon, Google AdSense, eBay, and The Home Depot all use in-house affiliate marketing systems that do not go through any intermediaries. These systems are beneficial both for the merchant and the affiliate.

The merchant does not have to pay any dues or fees to their network of choice, and the desire to acquire more affiliates creates a competitive market that benefits affiliates. Most often, to attract more advertisers for their sites, individual companies will provide benefits and higher rates to outcompete their competitors.

The synergistic relationship between an affiliate and a merchant has led to partnerships like that of Every Day Carry, and Amazon. Every Day Carry is a magazine which reviews travel items and rugged survivalist equipment like knives, flashlights and backpacks.

The magazine itself advertises items that it approves of, and it takes part in Amazon’s in-house affiliate program. All the items that it features are available to purchase on Amazon, and it links to Amazon’s product pages. Whether they use a PPS or a CPA system, this synergy is sure to create profits for both companies.

Had Every Day Carry gone through a network, the advertisements may not have been so well targeted, and thus ignored by readers.

A similar system exists between The Home Depot, and Consumer Search. Another product analysis site, Consumer Search, provides analyses on products and hardware across many brands online.

Oftentimes, if the product that Consumer Search recommends is available on a given site, they will link to that site via an affiliate program. These highly targeted advertisements are also useful to the consumer themselves, who is coming onto the site in search of a good product anyway.

While the most ubiquitous examples of affiliate marketing strategies involve hyperlinks to products and sites through a direct link on a website or social media post, there are alternative ways as well. Some affiliates use emailing lists rather than direct advertisements.

This involves having a user base that uses an emailing system, most often in the form of newsletters. These newsletters carry links to the merchant’s products.

In this way, an affiliate can avoid placing advertisements on their site, but still make use of affiliate marketing. Alongside email lists, affiliates can make deals with their merchants to provide special coupons and offers for using their link.

This encourages the consumer to click the link and make a purchase while also creating more incentive for the affiliate to point out the affiliate link.

Problems with Regulation and Standards

New techniques and strategies are constantly evolving from old ones, and new guidelines from both merchants and governments lead to a shifting landscape of legality, ethics, and efficacy.

Guides to successful affiliate marketing strategies often become outdated within a relatively short period of time, leading to difficulties for affiliates in creating a reliable source of income via these systems.

The hands-off nature of affiliate marketing means that sometimes affiliates will engage in unethical behavior like spamming and cookie stuffing, which can reflect poorly on their partners.

This has spurred on the creation of more in-house affiliate programs in particular, although these programs prove more costly for merchants and provide a higher barrier to entry for potential affiliates.

In the past and even today, lack of regulation has led to various unethical practices among some affiliate programs. Many of these unethical acts are not illegal due to legal loopholes, although some have come under legal scrutiny in recent times.

The aforementioned email spamming and cookie stuffing schemes, which seek to generate false clicks, are just two examples. One particularly contentious technique is the click to reveal format on many special code sites.

While most sites use this format as an innocuous way to keep a unique code hidden, some affiliates use these clicks to put cookies onto the consumer’s computer. These cookies can generate false clicks or redirect the consumer to an affiliate link without their knowledge. While no laws exist to regulate this, many merchants do not allow such predatory tactics because of the bad reputation they bring.

Another popular unethical technique is the usage of browser extensions. These extensions often appear legitimate but are actually generating fake clicks for affiliate links. People who download these extensions usually don’t even notice these extensions, and the effect they have on the browser is fairly minimal.

Merchants especially dislike this practice because it generates fake clicks that do not actually sell any product, and they pay commissions to these affiliates who, in reality, are not generating any revenue for them.

Although less popular now, in the infancy of the mid-2000s affiliate program popularity, many affiliate content creators would encourage their audience to click on their links without the intention of purchasing anything so that the affiliate could profit off of the clicks at a higher rate than expected by their merchant. The prevalence of this strategy is a large part of why the cost-per-click system fell out of usage.

With more and more independent content creation and entrepreneurialism in today’s market, affiliate marketing has already taken center stage. Its place is solidified by the continued trend towards an independent content creation market, and with the shift towards online shopping that has only gotten bigger and bigger over the years, affiliate marketing is likely here to stay.

If you run a business or are an independent worker, affiliate marketing is likely important to you. Whether as a merchant or as an affiliate, finding ways to make profits in the continuously evolving world economy requires staying on your toes.